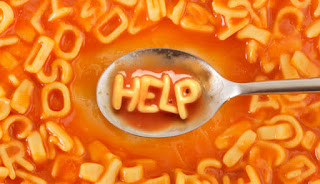 For a lot of people, when you start a new job, or move to the DMV, you have to acquaint yourself with the local flavor of alphabet soup - or the use of abbreviations to refer to everything. At my previous job we had ROMs, BOMs, ROCs, ABMs, RICs, FCs, RBs, CSRs, NOMAD, RMs, other RMs, ASMs, BSAs and an endless host of other sets of letters to describe things. You had to jump in and learn what everything referred to. All the people, the manuals, the solutions offered to clients, everything was an abbreviation.

Fencing isn't quite as bad, but there are a ton of terms, equipment, and concepts that will be unfamiliar to the average person. After you start to get a grasp on those coaches will start casually tossing around references to things described by a handful of letters expecting you to know what they mean.

This is not going to be a comprehensive listing and explanation but it will cover some of the basic ones.

Clubs will usually have a name that has some word or name, and then "fencing club" or "fencing academy" "fencing association" "fencing alliance, or something like that. Some might be "Salle" followed by a name or "Academy" followed by a name. Some clubs people will refer to by their name and some people will refer to by their abbreviation, but on askFRED (itself an abbreviation for Fencing Registration and Event Database) abbreviations will usually show up.

Parents don't really need to learn these, but for athletes it might help you with assessing who is attending events you're looking at. We can't really give a guide to those...but askFRED will also let you click the abbreviation and see the name of the club.

When looking at events you might see "E and Under" or "Open" or "Div 1A." Your athlete might start talking about how they need to get a ranking or a rating. Or they might say "that guy over there is a B so he's really good."

Rankings are a system used in the and internationally, in which certain tournaments award points and fencers who place high enough get a "ranking" or a placement on the points lists associated with that event. In the we have national and regional points lists. The points lists are then broken down by weapon and gender and by category. The categories are either based on age or rating. So you might have the National Senior Men's Epee list, or the Regional Junior Women's Sabre list. The National Points Lists get their own abbreviation "NRPS" or National Rolling Points System, because they are on a 12 month rolling point cycle. The Regional Points are reset when the season changes.

Ratings give us more letters in the soup. All fencers start out as a U or an Unrated fencer. If a fencer places highly enough in the right tournament they get a rating. The ratings start at E as the lowest, and move up to A as the highest. A fencer might earn an E by coming in first in a tournament with 6 people, or they might earn a D by winning a tournament with 15 people, four of whom have Es.

Events get letters and numbers which tell you how strong the event is expected to be and how many ratings it gives out. For example, an A4 event will have at least 64 people, and 12 As, 12Bs, and 12Cs. It gives out 48 ratings, with the top 8 people earning As, and the next 8 earning Bs. For more examples of how the event ratings work you can look here.

If an event is labeled as Div I then that means all fencers participating must have a rating of C or higher. Div II means they must all be a C or lower, and Div III means they must be a D or lower. Div 1A is the same as an Open which means all ratings may participate. Some events will be labeled as a letter and over, like a "D and Under" which is the same as a Div III or an "E and Under" which means only E rated and Unrated fencers may participate.

We talked a little about how events have categories based on ratings. At a tournament the sheets will be labeled with an abbreviation telling you which event within the tournament you're looking at.

So your athlete might compete in SRXF, or Senior Mixed Foil, or JRME, or Junior Men's Epee, or CDTWS, or Cadet Women's Sabre.

Circuit events refer to events that are part of a series of events which maintain a points list. You can have local circuits which are informal and are coordinated by the clubs/event hosts. Regional Circuits are presented by local clubs or tournament organizers but are approved by USA Fencing. National Circuits are both presented by and approved by USA Fencing.

RYC - Regional Youth Circuit. These events are for Y10, Y12, and Y14 fencers. Y10 is roughly 8 to 10 year olds, Y12 10 to 12 year olds, and Y14 12 to 14 year olds. Depending on the birth year you might be 7 or 11 fencing Y10, or 9 or 13 and still able to fence Y12, or 11 or 15 and able to fence Y14. The eligibility shifts at the beginning of the new season, so depending upon your date of birth you might be a little below or a little above the normal ages for that category. On the regional level, fencers must compete within their own Region to earn Regional Youth Points in an RYC, but you can compete outside of your region, you just won't earn points.

ROC - Regional Open Circuit. These events are for senior fencers, so 13 and over. There is no upper age limit. Some ROCs will be Div1A events which means they are open to fencers of all ratings. Some are DivII events meaning fencers C and under may compete. Some have VET events, meaning fencers 40 and over can compete. Unlike the Youth and Teen regional events, the ROC events allow you to earn points at any ROC even if it is hosted outside of your region.

SYC - Super Youth Circuit. These are National Circuit events for Youth fencers. So Y10, Y12, Y14 but they provide points on a National Points List and you don't have to compete in region.

SJCC - Super Junior and Cadet Circuit. These are a newer category. They are National Circuit events for Cadet and Junior fencers. They provide National Points List points and you don't have to compete in region.

NAC - North American Cup. These are National Circuit events. They may include events in Y10, Y12, Y14, Cadet, Junior, Div III, Div II, Div I, and VET. There are generally not Div 1A NACs aside from the Div1A championship. NACs may also have team events in the Junior, Senior, and Vet categories.

The one's we've listed in 5 are ones you might run into that don't exist anymore. Below we'll provide what they've been replaced by, as well as some other governing bodies.

USFA - Fencing Association. People still say this all the time, but the organization has been USA Fencing for several years. USFA is a different non-fencing organization at this point. Prior to being USFA it was AFLA, Amateur Fencing League of ...but no one still says that one. USA Fencing is the Governing Body for Fencing in the .

FOC - Fencing Officials' Commission is the oversight body for referees. Or it was. Now it is the Referee Commission. They organize the testing and rating and development of referees

Coaches' College - not an abbreviation but another thing that no longer exists. It was an educational program for coaches that was run at the Olympic Training Center each summer. Now, USFCA, United States Fencing Coaches' Association is the body that does training and certification for coaches.

USCSS - United States Center for Safe Sport. With the USOC, the USCSS oversees Olympic sports in the United States and provides rules and training for adult participants to protect athletes from abuse.

IFA - Intercollegiate Fencing Association. I'm not sure whether this exists or not anymore, it was the conference for Ivy League college competition. The IFA had a pool format for teams that is relatively unique.

NCAA - National Collegiate Athletic Association. Oversees varsity sports in colleges in the United States, including varsity fencing. NCAA Style refers to a team competition format in which teams compete to see who gets the highest number of bout victories out of 9 bouts between two teams in one weapon, or best out of 27 across a match between two schools with all three weapons. Some local collegiate conferences model their meets and rules off of NCAA fencing rules.

Thanks for reading!
For more updates like this, and ideas, thoughts, and items of interest for fencers, coaches and parents, follow us on Facebook and please share us with friends and team mates!
You can also support us through Ko-Fi. We appreciate you reading!
Posted by Coach BJ Swayne at 10:33 AM