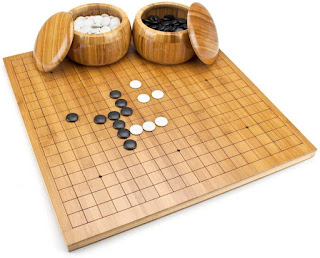 I refereed an unrated foil tournament today. Sometimes refereeing offers opportunities to think about fencing, things to bring up with students or to talk about more generally - but often, you're too busy to commit your thoughts firmly enough to memory to really address them later. My thoughts today about understanding the game were both simple and impactful enough to stick in my head.

Game play comes up a few different ways when I coach. The most basic concept around game play is that fencing is a sport. Like all sports, it is a game with rules. Even a "combat weapon" like epee has rules for game play, those rules are just more naturalistic and reflect what works and what doesn't rather than reflecting convention. As a result, we don't see changes to epee game play like we do as rules interpretations shift in foil and sabre. For all three, you need to think of it as a sport, not as sword fighting, and learn the rules that build successful strategies.

We can even long play and assume how the shape of play will evolve based on choices and responses to choices. We can be tactical if we understand how we approach the game and how our opponent is playing the game.

Another element of thinking about game play is not to try to play the game with people who don't know it's a game.

Sometimes fencers will come up and do something erratic. Sometimes they'll make choices that show they don't know what actions have an advantage, or what choices will likely be successful.

When up against a fencer like that, trying to use complex tactics or strategies, or setting up actions that require them to respond the way someone who knows the rules would respond, is going to lead to failure. You can't fence someone who isn't fencing.

Against a fencer who doesn't know it's a game, don't play the game. Walk forward and hit them. Be athletic, be fast, be clean, be unassailable. Which is, still kind of based on playing the game, just the simplest version of it.

I talked about these things in a class yesterday.

What I didn't talk about regarding game play was what I noticed today.

You can also be pretty clean, have some good skills and techniques and a lot of potential, and lose because you aren't playing the game.

These two are pretty related. They're both basically the reverse perspective on our first point. Understanding the rules and the game play lets you make choices to win. If you don't understand you're just doing random things and probably not understanding why it isn't working. Maybe you just assume the other person is just performing actions better than you, or maybe you are lost as to why the touch isn't yours.

I think we often assume that people who just don't get it are new. We assume you can recognize it from their bad posture, bad form, clumsy actions.

That isn't always the case. I've run into it a bunch but hadn't really thought about it. You can drill a bunch of things. You can be really clean, or maybe even just consistent in an awkward but acceptable execution. You might be able to do alright against other people doing random things, being refereed in a context where no one really knows what's going on.

When you get to a context with actual fencers, you'll probably be confused or lost.

Maybe you're in a context with actual fencers, and they get the game and you don't. So you assume they just win because they're better. Then you go somewhere and fence people on your level and still lose and wonder why.

Sometimes that component - an understanding of what's happening, why it's happening, and why that is what wins - is what's missing rather than the conventional elements we drill on the strip and cover in lessons. A good lesson, a good teaching program, will incorporate those elements. Sometimes they'll be explicit, sometimes they'll be naturally woven in. It's easy to miss realizing you need to teach them if you've never thought of it though, or if you had to learn it naturally by competing. It's also easy for people to miss it when they train in recreational contexts with no one who gets the game, or no one who knows how to teach it.

For more updates like this, and ideas, thoughts, and items of interest for fencers, coaches and parents, follow us on Facebook and please share us with friends and team mates!
You can also support us through Ko-Fi. We appreciate you reading!
Posted by Coach BJ Swayne at 5:55 PM